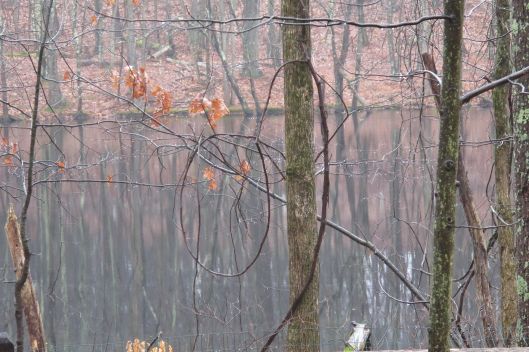 We woke up this morning to the steady patter of rain. A raw, gloomy chill hung over the house. Plus our newspaper was late. Blech.

Then at 9 am sharp, my phone rang. It was my friend Kathleen calling to invite Karina and me for a walk with her and her dog Zoe at Mount Misery.

After a few deep sighs, I accepted. After all, as Kathleen said, we have to walk the dogs anyway. We might as well go someplace different and more interesting.

Not nearly as bleak as its name suggests, Mount Misery is a set of trails a few minutes’ drive from our respective houses. Bordered on one side by the Sudbury river, its trails lead up a hill, through the woods, and past a pond. There’s farmland in the area as well.

The woods always feel so peaceful in the rain. 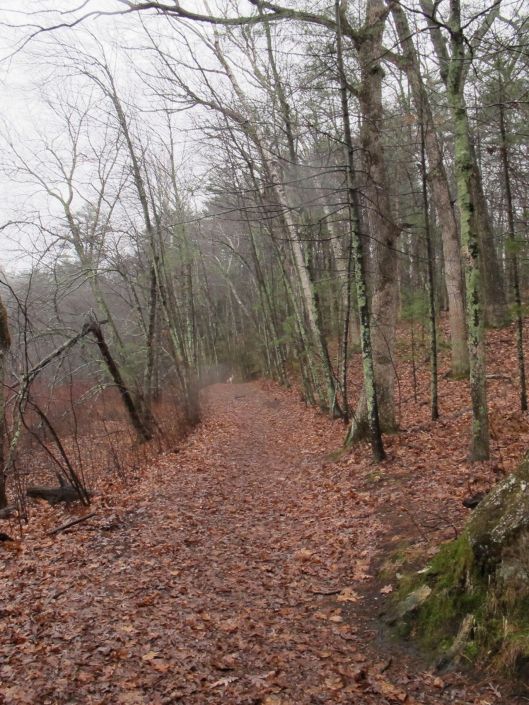 The mist and wet wood make all the colors and textures stand out in sharp relief. 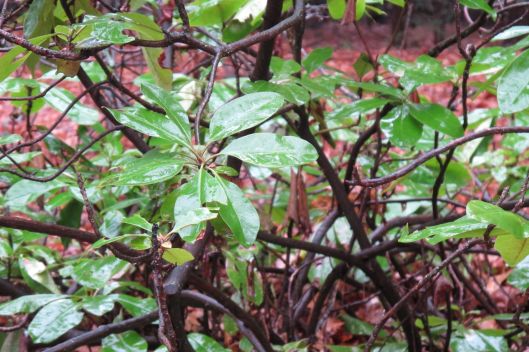 Karina and Zoe had a blast.

They even made some new friends. 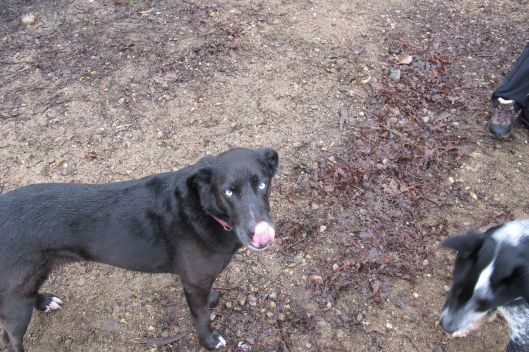 There was a remnant from Hurricane Sandy.

As well as some remnants of hard work by squirrels. 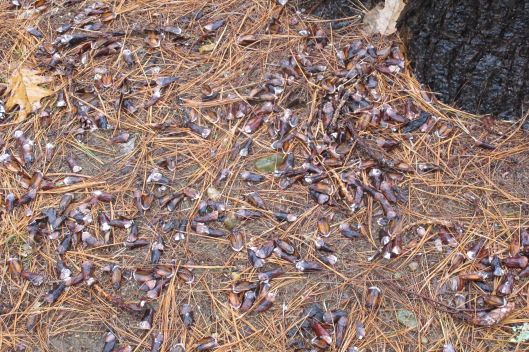 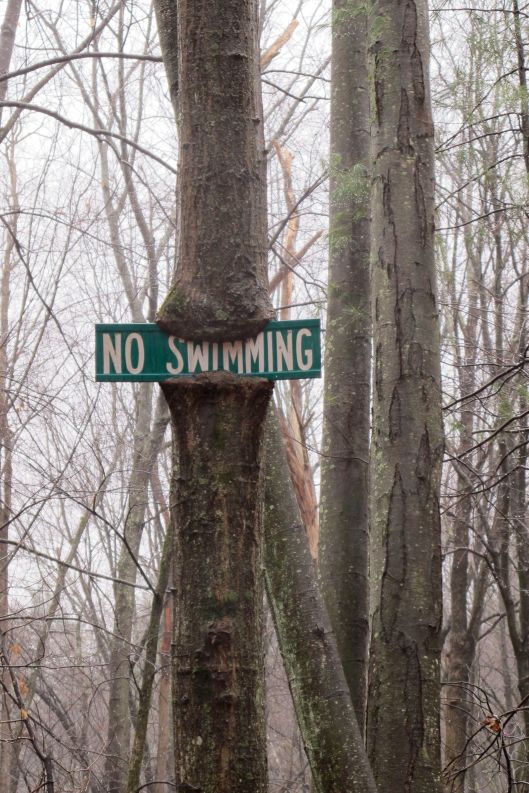 and a lost and found.

It was a beautiful walk. In the end, I was grateful for the rain. 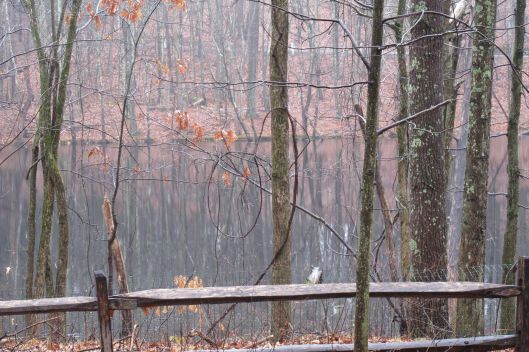 And my walking companion was ready for a nap.

Last week my friend Erica announced on Facebook that she was hankering for a lobster — with lots of drawn butter. “Anyone want to join me?” she asked.

It sounded good to me, and before you could say “summer day trip,” Paul, Karina, and I were in the car driving north to meet her in Rockport.

The lobster was a bit small and a little disappointing, but it was followed by a memorable walk in Halibut Point Park. The park is home to a quarry, which borders the ocean.

While I held onto Karina’s leash, Paul took aim with the camera. His photos show why I think Cape Ann is one of the most beautiful and unique places on earth.

Karina handled the rocks like a mountain goat, and she surprised us all by lying down on a bed of green seaweed at the bottom of a tidal pool. I wasn’t quick enough to catch her La Dolce Vita moment, but the seaweed was more patient.

The waves were mesmerizing and I stood rooted to the spot, just watching and listening (that’s Paul and Erica discussing cormorants in the background).

When we got home, I remembered something I’d seen while scanning some old photographs. We’d been here before. 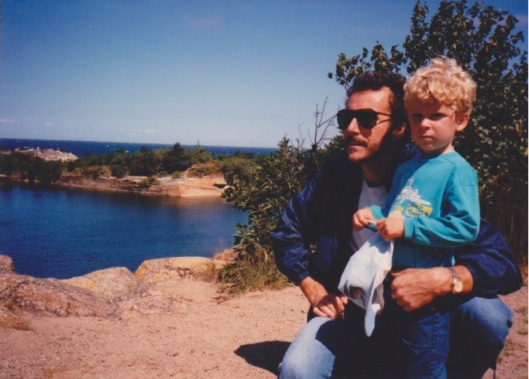 These were taken on a September camping trip circa 1990, when the boys were still boys, my hair an unfaded red, and Paul wore ’80s sunglasses before they were considered “retro.”