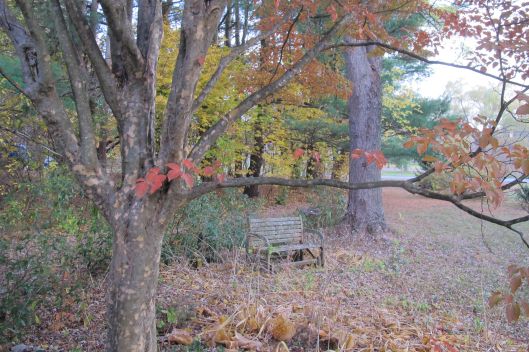 Thanksgiving is this week. As we enter the 2014 holiday season, thoughts of home — the good, the bad, and the ugly — are inevitable. I hope that all of my readers are able to relax into their own sense of home, whether the feeling comes from reenacting old family traditions, or from creating something new.

Today, I want to share my just-published “Talking Art” column, inspired by the work of writer and urban forager, Marie Viljoen. In it, I explore what it means to create a home, whether it is a physical space or an image that you hold in your mind and heart.

Grey mornings are one of autumn’s greatest gifts. The water-filled air feels like a soft, cashmere shawl that warms our shoulders and muffles noise.

The extra layer of quiet encourages us to walk silently, and engage deeply with the water-colored scenes all around us. 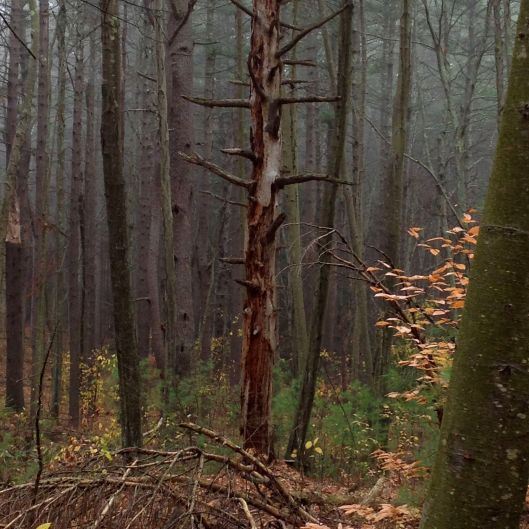 Last week we had an election. The results mean that those of us who view things like clean air and health care as basic rights are going to have to work harder and speak more loudly and clearly than we ever have before. 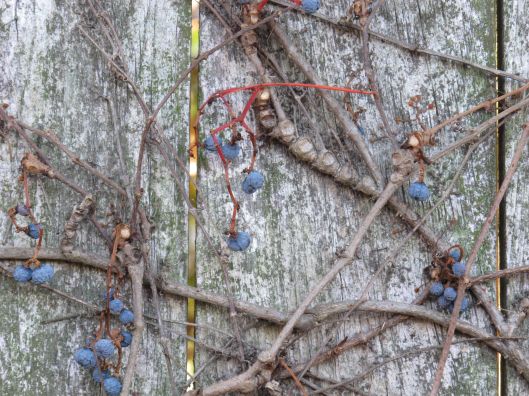 We have to wedge ourselves into the cracks, take root, and push through the wall of short-sighted self-interest.

Last week’s election results were dispiriting, but we can’t give up, we have to get through to the other side of that wall, and climb that fence. 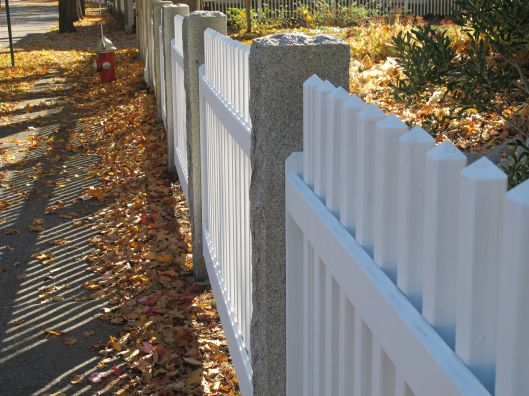 Until we can light it up from the inside out. 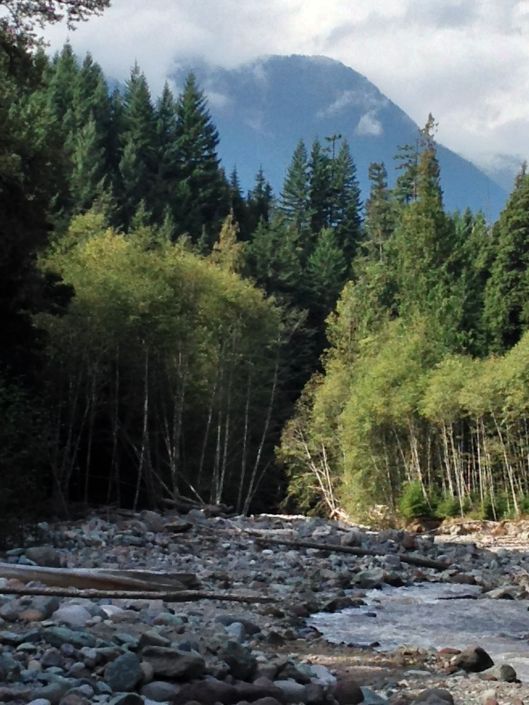 “Am I crazy?” I asked the approaching paddle boarder. “Not at all,” he said. “The water is the warmest it’s been all summer.” His white hair and British accent gave him an air of authority. I wanted to believe him, but my big toe told me that my concept of “warm” was a world away from his.

It was mid-September at Alice Lake Provincial Park in British Columbia. The air temperature was in the mid-sixties, and at 6 pm, the sun was on its way down. I was perched at the edge of the dock, dressed only in my Speedo. No heat to be found anywhere.

Still, I willed myself to take the plunge. I hadn’t been swimming in weeks, and I thought stretching my legs in the water would feel good after the day’s long hike. The paddle boarder disappeared and I was alone again. There was no one around to witness my bravery—or my lack of it.

I jumped in. As the icy water closed over my head, I was transported back to summer camp. Memories of night-time dips and swimming lessons in a lake rushed in as the scent of fresh water filled my nostrils. Gasping from the shock of cold water, I managed to swim out to the beaded line and then back to the dock. Not exactly the 20 laps or so I had hoped for.

Today, as I sit wrapped in wool at my desk back in Massachusetts, the memory of that aborted swim—undocumented and mine alone—and of the visceral, unexpected feelings and scenes from my youth that suddenly flooded back, fills me with joy and nostalgia over and over again.

The rest of our time at Alice Lake is a blur of blue sky, mossy woods, and the amputated stumps of mighty trees felled by loggers. In this case, however, I have documentation. 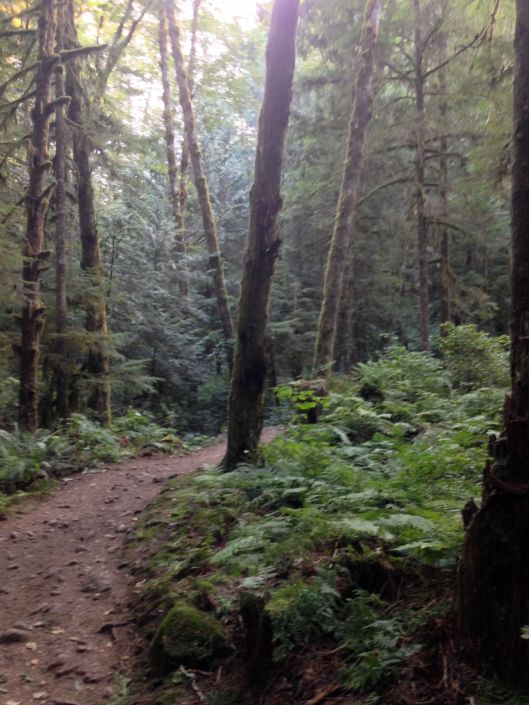 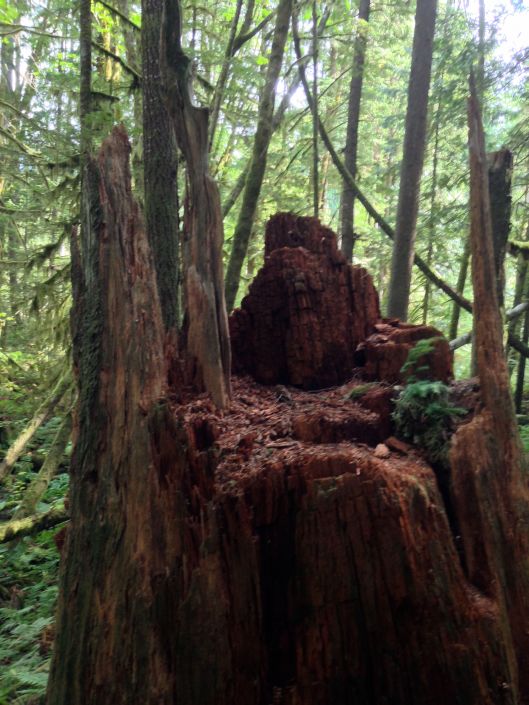 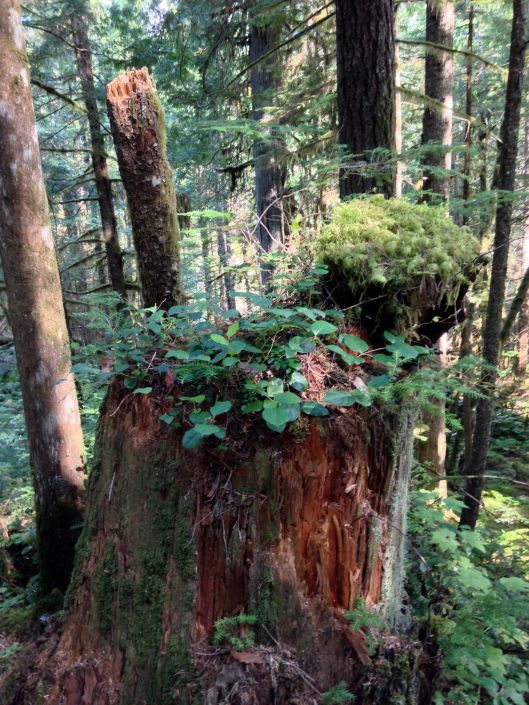 Back at the campsite, we ate salmon and vegetables grilled over an open fire with mashed potatoes. Dessert was s’mores. 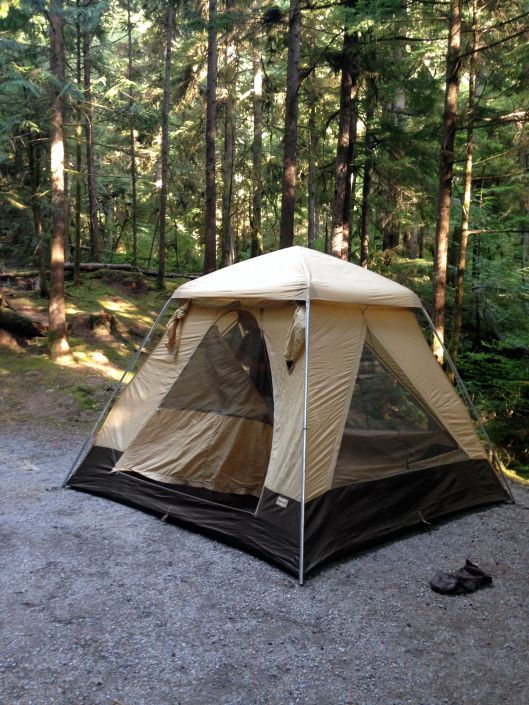 After three nights in the tent, two longish hikes, and the aforementioned swim, we headed south, exhilarated and exhausted.