You’re expecting a “but” here aren’t you? There are no buts about it. It wasn’t intentional, and I didn’t mean it, but yes, I was rude: To a customer.

There I was, head down, lost in thought, and elbow deep in cashmere as I processed a delivery. Two women walked into the store. I think I greeted them….. maybe not.

Then, out of the blue, one of them made a seemingly innocuous statement, “I thought you no longer sold bottled water in Concord.” *

“Huh?” I thought to myself, “we sell cashmere, not water.” But then, instead of making me purr, the way cashmere usually does, this popped out: “What’s your point?”

Oops. This is something I might say in jest to my husband when he drops the occasional non sequitur. But somehow, in that moment and context, I didn’t add my usual lilt of amusement. Even if I had, it still would have sounded wrong.

The polite response would have been something like, “Why do you ask?”  But before I could apologize she left the store in a huff, muttering loudly about “rude shopkeepers.” 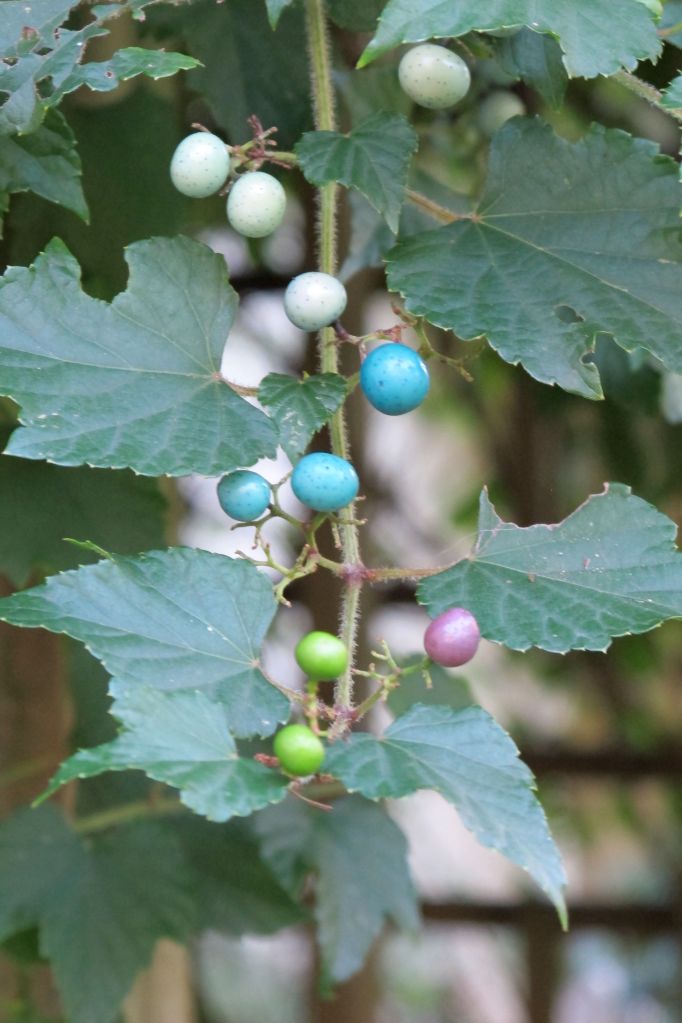 These porcelain berries are the closest thing I have to an olive branch.

I don’t know why this happened. I do know I had been feeling rather discouraged that day.

Perhaps it was the residual sliminess I felt from watching Scott Brown’s sleazy debate performance the night before.

Speaking of two-faced conservatives, did the woman’s shrill-ish voice conger up memories of a former landlady — the one who made a point of telling me how much she liked Jews?

Or maybe it was the fact that I was doing better with the cashmere, than I was with my blog. I was starting to feel as though I had nothing new to say.

So, in addition to apologizing to the customer, I guess I should thank her for sparking a post. That is, if she ever sets foot in  my “shop” again.

While I’m waiting for that day, tell me, have you ever inadvertently let loose a snail on an unsuspecting victim? If so, please confess. It will help me feel like less of a jerk.

*The town of Concord, Mass. has banned the sale of less than 1 liter bottles of water, which goes into effect next year. You can read more about the reasons behind the ban here.