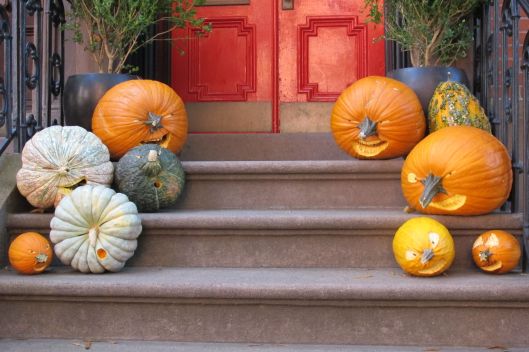 It is October in New York and these residents, at least, aren’t happy to see this Red Sox fan. I’m a little slaphappy after our whirlwind, less than 48-hour trip to the big city and back.

Saturday night we were up until past 2 am partying with Raya Brass Band.

After a rowdy night and a little sleep (my ears barely had enough time to stop ringing), Older Son made us his usual 4-star breakfast and then we raced over to Prospect Park for a foraging walk. (I’m working hard to feel guilty about the pile of dirty dishes we left him with, but so far that’s not happening.)

As a result, many of my photographs look like I took them after being up all night. I actually considered going out and reshooting these plants in my yard: Ironically, I went all the way to Brooklyn to learn about wild plants that have been growing under my nose for at least 20 years.

The walk was with Marie Viljoen, author of 66 Square Feet: a delicious life. If you haven’t yet visited her blog, I suggest you put on some sturdy walking shoes and head over.

After a night that was months in the planning, and then giving his all while on stage, our musician still had enough game to start the walk by picking some salad. 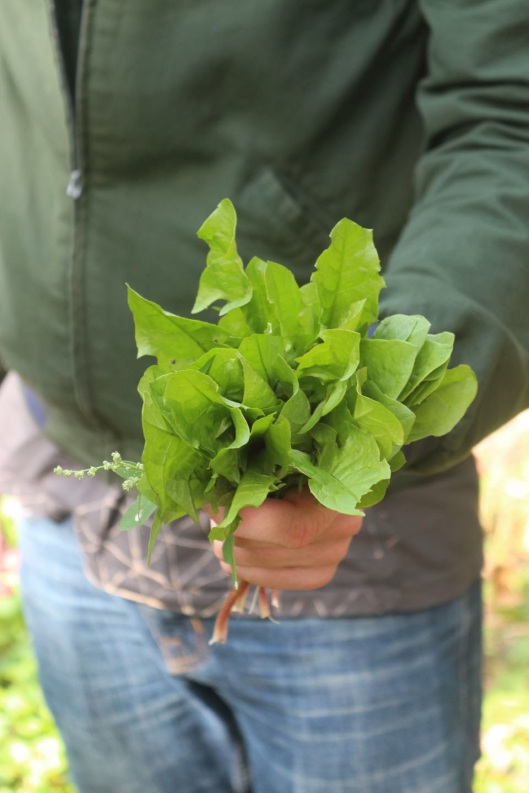 It turns out that a lot of plants that have been encroaching on my garden and annoying the heck out of me are actually wild edibles. 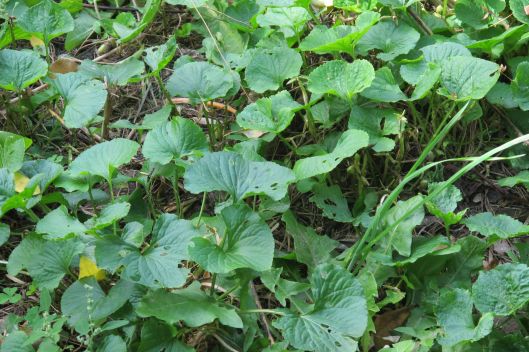 Young violet leaves (not older ones like these), which grow freely all over our yard and have a tendency to take over one of my gardens, combined with lamb’s quarters (below)  will make a lovely salad. 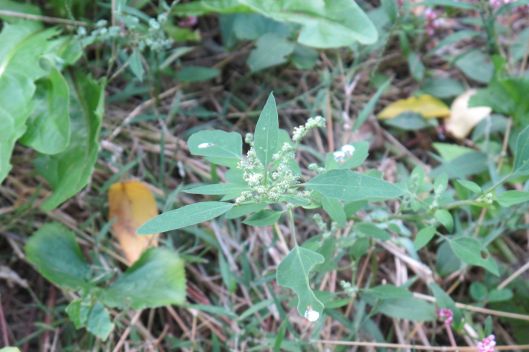 These pretty little pink plants, called smartweed, that also run rampant around our grounds, are a Thai coriander — just the thing to zip up a meal. 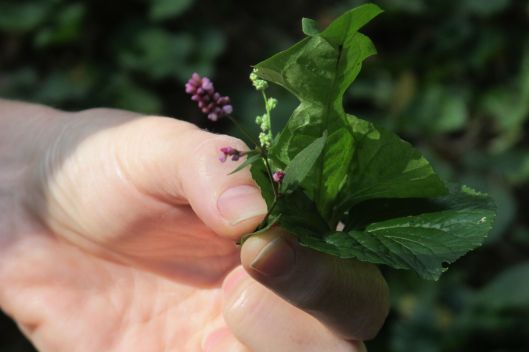 Blue flowers on long stems began popping up among the vinca and other ground cover in my back garden. I was on the fence about them: liked the blue, didn’t like how pushy they are. Marie set me straight. They are called commelina and their shoots, flowers, and seeds are all edible (again, apologies for the tired, unfocused photo). 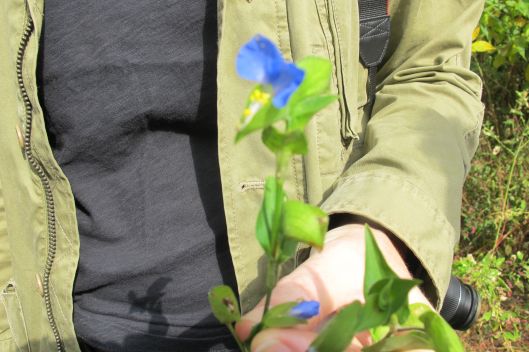 These gallant soldiers have young leaves that taste like sugar snap peas, and can be cooked like spinach. Exactly the kind of motivation I need to do a bit of “weeding.” 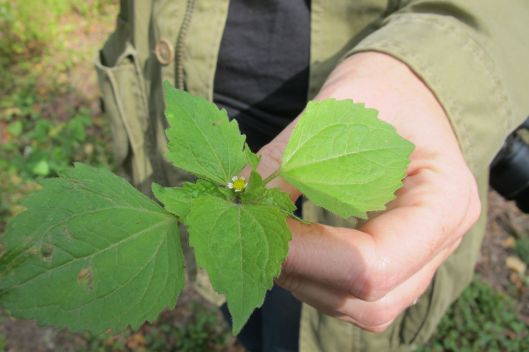 Then there’s goutweed, its leaves add a delicious, herbal taste to salads. Here it is back home mixing it up with my european ginger. I tried pulling the stuff up, but it’s nearly impossible to uproot. In addition, Marie says that breaking off the roots will encourage it to send out more. 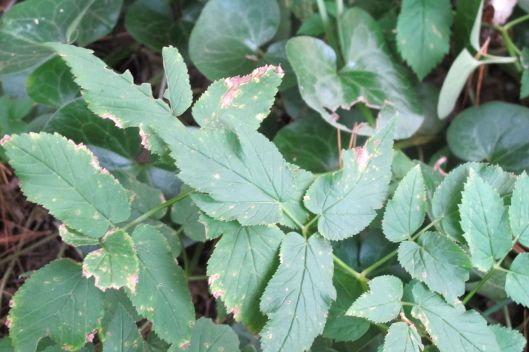 I guess we’ll just have to eat it.

5 thoughts on “Field Trip to Brooklyn”