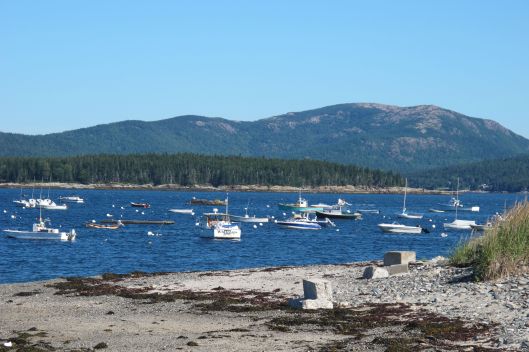 Summer vacation: those two little words convey freedom and release with undertones of adventure;  a break from a routine that is beginning to feel like a rut. The opportunity to read in bed before breakfast, without the usual sense of urgency to get moving. The chance to let loose, be daring — to strip off one’s clothes and dive into the waves lapping against a fogged-in and deserted beach, for instance, or to climb a small mountain and surrender oneself to a rocky, green fairyland. 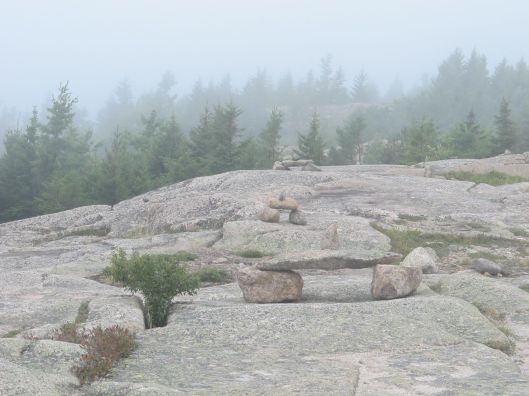 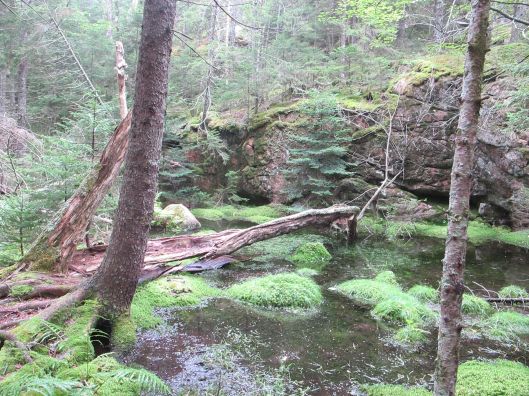 To vacate that routine, let go, and just wander. Take notice of what it means to live on an island, where discarded stuff eventually gets swallowed by the landscape. 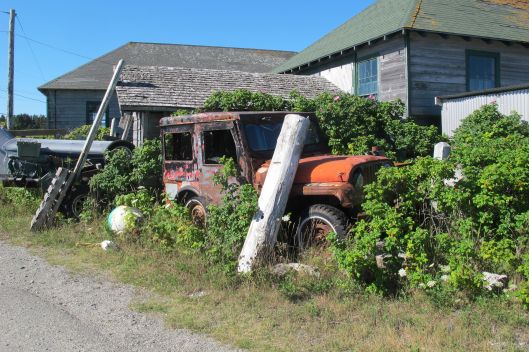 Paul and I spent last week with friends in a big house on a small island in Maine. It was a loose, undemanding group. We were able to arrange activities so that everyone got to spend their time the way they liked — including the children, who were happy to hike with any adult willing to take the hardest, scariest climb that day.

We cooked and ate beautiful food, had a front row seat to this year’s perseid meteor showers, and collected treasures from the island’s rocky beaches.

I arrived home refreshed, and, at long last, fully seduced by summer’s glow. I’ll hang onto that whiff of freedom for as long as I can. It’ll come in handy when summer’s light fades and the sea monsters of winter begin their yearly descent.